His Excellency Joslyn Whiteman the High Commisioner for Grenada

The Grenadian High Commission London was the venue for my recent portrait of his Excellency Joslyn Whiteman the High Commissioner for Grenada. There has been a Grenadian High Commission in London since the independence of the country in 1974.  Grenada is a constitutional monarchy with The Queen as Sovereign. As a constitutional monarch, The Queen, by convention, is not involved in the day-to-day business of the Government of Grenada, but she continues to play important ceremonial and symbolic roles. I have met Mr Whiteman on a few occasions and thought he would be an interesting subject to photograph. I had to arrange the portrait shoot fairly quickly as Mr Whiteman has come to the end of his term at the High Commission and is due to return to Grenada in a few weeks. He is a charismatic individual with a wealth of experience, wisdom, humour and storytelling to match any of today's elder statesmen and women. He was also known to my late mother and they played as children in the same yard back in St Davids, Grenada.The portrait was taken on a fairly grim grey day with some ambient and artificial light I chose the image below as felt it reflected a formal yet relaxed contemporary style portrait. 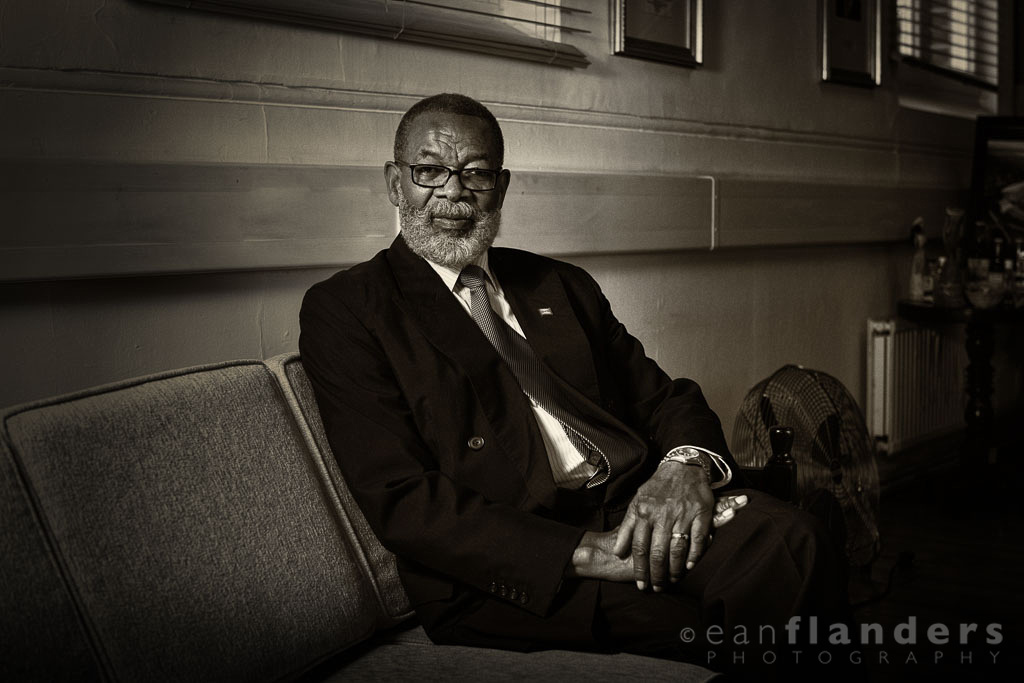