I was contacted by Melchi through my cousin. He wanted some portraits taken to put a portfolio together for modeling. He never had any professional portraits taken before. I decided to arrange the shoot on location in south London. I thought this would be more appropriate and less restricting than a studio environment. After our initial chat we selected a few locations and began the shoot. Melchi had to work hard to get the right expressions and body positions as he was not used to being in front of a camera.

It did not take him very long to adjust and find his flow and confidence during the shoot. I used mainly ambient light and a speedlight/reflector as the sun was popping in and out of the clouds. I took this opportunity to take some headshots using a different style called cinematic headshots. As this was my first attempt I'm pleased how this image has turned out. 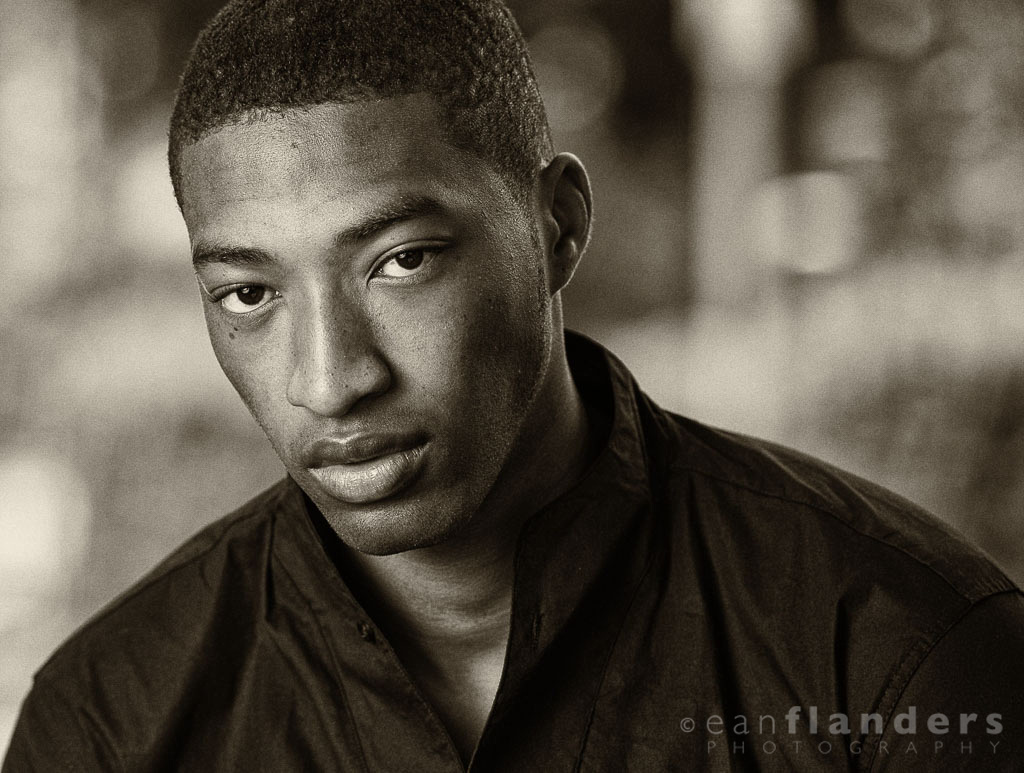